10 of the best virtual travel experiences for 2021 | Travel websites 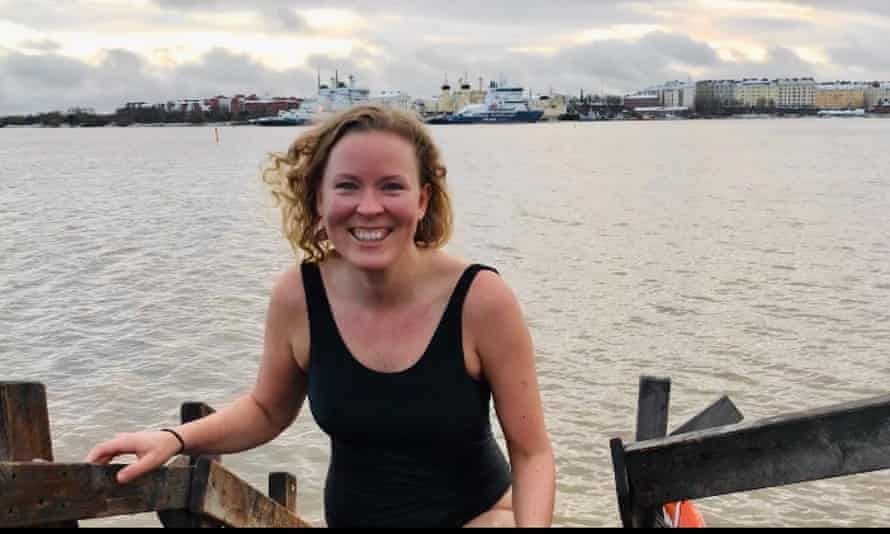 Starting from their artisanal chocolate shop in the De Wallen red light district, husband-and-wife team Ian and Salomé have devised a tour of Amsterdam that, right now, shows its canals quieter than you’re ever likely to see them in person. The tour is organised through Vancouver-based ToursByLocals, which has launched more than 150 virtual experiences since the pandemic began. Tours cover many destinations and topics, from ghost-hunting in Kyoto to African-American culture in Harlem. Sessions are livestreamed and 100% of the cost can be redeemed against the purchase of a future, in-person tour with the same guide.
• One-hour Amsterdam tour every Sunday; £70 for up to six screens, toursbylocals.com

Join an icy plunge in Helsinki

On a virtual trip to Helsinki, Intrepid tour leader Kati Pankka will guide you around a private lakeside sauna. Pankka’s insights into traditional Finnish spa rituals include her taking an ice swim which, combined with sauna in winter, locals believe is a mood-booster with potential health benefits. The tour is part of a recent launch of 15 interactive virtual experiences by Intrepid’s Urban Adventures team, intended to help support its cohort of local guides during the pandemic. Sessions are conducted on Zoom in real time, many of them in the guide’s home. Other options include Mandala art and meditation in Delhi, and Polish pierogi-making with a Kraków cook.
• Helsinki experience (group tour option) from £19.84, urbanadventures.com

Peregrine falcons, pelicans and even bald eagles can be found among the more than 200 species of birds that use south-west Florida’s Tigertail beach. The tidal lagoon and mudflats it feeds into on Marco Island are also an important migratory winter stop-off, now open for exploration through a seasonal online birdwatching programme. During new 90-minute educational tours, the shifting array of birdlife can be viewed in real-time through virtual binoculars placed along the beach, supplemented by photos. Sessions will be held monthly until April 2021, hosted by biologists Adam DiNuovo of conservation organisation Audubon Florida, and Collette Lauzau of the local Rookery Bay research reserve. The next event is on 16 January, and this month you can combine a birdwatching tour with other online activities during Florida’s Festival of Birds.
• Tours $10, rookerybay.org

Visit Portsmouth has launched a number of virtual tours since the start of the pandemic and its latest project is guaranteed to fascinate budding young historians. The new interactive photosphere of the Mary Rose rotates 360 degrees along a walkway between the vessel’s wooden carcass and the artefacts that were found with the 16th-century wreck – and provides a good second-best to visiting in person. The Mary Rose Museum holds the largest collection of Tudor artefacts of its kind in the world and the photosphere lays out all the key discoveries from Henry VIII’s favourite warship through rotating clickable icons.
• Free, maryrose.org

Catch a movie at the New York Jewish film festival

Many film festivals will be virtual this year, making global fringe cinema more accessible than ever. The New York Jewish film festival, which starts this week, will be streaming documentaries, shorts and features from the Lincoln Center. Highlights include Nir Bergman’s Here We Are , a moving tale of a dad and his autistic son, and Irmi, an inspiring documentary about the life of Irmi Selver, a Jewish refugee who fled her home town of Chemnitz in eastern Germany during the rise of nazism.
• 13-26 January, virtual tickets $12 or $125 for an all-access pass, virtual.filmlinc.org

Walk the medieval streets of Transylvania

Romanian tour guide Vlad Blaj spent last summer recording virtual tours for his small travel company, Romanian Thrills. In the Mysteries of Medieval Braşov tour, participants can take a guided walk with Blaj through one of the most important towns of Saxon Transylvania, augmented by old photos, illustrations and maps. Though prerecorded, the tour follows an interactive format that allows participants to choose different paths at various points in the recording, allowing you to focus, for example, on the history of Braşov’s Black Church or alternatively taste traditional Romanian chimney cake at a street stall. A similar tour of Sighișoara will launch at the end of this month, and on 30 January Romanian Thrills is also hosting a free virtual river cruise tour of the Lower Danube.
• Virtual tours £15 a download, romanianthrills.us

After six months with no work during 2020, Wine Tours Lanzarote flipped its Canaries-based activity business in October to become a UK-registered import/export operation. As the first company capable of sending Lanzarote’s little-known volcanic wines to the UK, it is now offering virtual tours. Interactive tastings are conducted with up to five local wines and run by a Wine & Spirit Education Trust-accredited guide using presentation slides, photos and videos. Also, the company has free, livestreamed Lanzarote craft beer and brewing sessions on Instagram. The next one will be on 15 January.
• Virtual wine tours £90, plus £9 each for up to three devices, and £9 for each extra device after that. Wine from £57 for three bottles, including delivery, wineshoplanzarote.com

Get a preview of Menorca’s new Isla del Rey gallery

Private gallery Hauser & Wirth has launched a virtual reality preview of its forthcoming base on Menorca’s Isla del Rey. The extensive arts centre, due to open later this year, will span eight galleries in and around an 18th-century decommissioned naval hospital inside Mahón port. The gallery incorporates conservation work and native planting schemes, and has virtually launched with works from artists including Glenn Ligon, Mark Bradford and Louise Bourgeois, including the latter’s giant Maman spider sculpture. The preview has been created using technology applied in architecture, construction and video-gaming to make the virtual journey more lifelike.
• Free, vip-hauserwirth.com

One tour operator in the far-north’s Katherine region has transposed its Indigenous Australian culture experience on to live video. Launched in November and available as a prerecorded download – making it time-suitable for the UK – the 45-minute tour from Top Didj is hosted by Indigenous Australian artist and storyteller Manuel Pamkal. Complete with a wallaby encounter, viewers are treated to stories of Manuel’s childhood growing up in the bush and learn about hunter-gathering, spear-throwing and music culture. Pamkal’s demonstrations of starting a fire with nothing but two sticks is sure to be a hit with the kids.
• Tour is now half price, AU$10, topdidj.com

Footprints of London’s virtual tour series has been popular since launching in June last year. Rather than pounding the streets on foot with a camera, these group tours combine live video-chat with PowerPoint compilations of photos taken over the course of 2020, along with using historical materials. One of the benefits, guides have found, is that it allows them to cover more ground, combining sights that are not walkable from each other. The company is a cooperative owned and operated by a group of accredited guides, with tours taking place almost every day of the week. Topics include abandoned London Underground stations, art-deco theatreland and Dickens after dark.
• Virtual tours £6, footprintsoflondon.com